Review: Flirting with the Monster 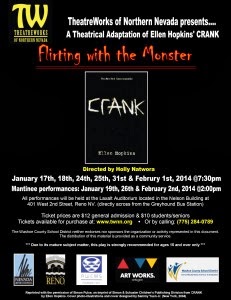 I have not been that uncomfortable during a stage production in my life.  Never has anything which was "acted" seemed so real.  It made my insides churn, my heart sink, and my head reel.

Hannah Davis IS a fifteen year old meth addict.  I know that her bio says she's the 20 year old actress, but that can't be true, because what I saw was real.

That's what made the play so disturbing.  I am a child psychiatrist just finishing my training. I spend my days interviewing kids in mental hospitals, drug rehab centers, and juvenile detentions.  I hear these stories all day, every day.  I see the families, feel their anguish, cry for their loses, cheer their progress, and pray for their future.

I hear speeches and lessons told to scare teenagers away from using drugs.  I hear shocking tales that are overblown and are made to make you cower in terror at the sound of "meth."  They don't work, at least not for long, because they don't ring true.  The shock stories don't leave an imprint on your heart, a circuit change in your brain.  They shock for a second and then they disappear.

That's what made seeing "Flirting with the Monster" so sad, so terrifying.  I knew the author and the actors weren't trying to shock me.  They weren't making up horror stories or trying to scare me away from meth.  They were showing reality.  They were showing exactly what really happens.  Nothing was overplayed, nothing was "dramatic."  I watched a fifteen year old honor student gradually become a meth addicted ghost, and it broke my heart.

The play is based on the book CRANK by Ellen Hopkins.  The book is fictional, but based on the experience of Hopkins' own daughter.

I don't know about recommending the show to others.  I really don't.
A fifteen year old girl from my church told me she has read the book and loved the play.  That terrified me.  This show is not entertainment.  It is not fun.  It is real.

If you want to know what meth does; how it affects a person, a family, a school - then see this show or read the book.
If you can avoid meth in your life and have no need for that knowledge - then keep your distance and more power to you. 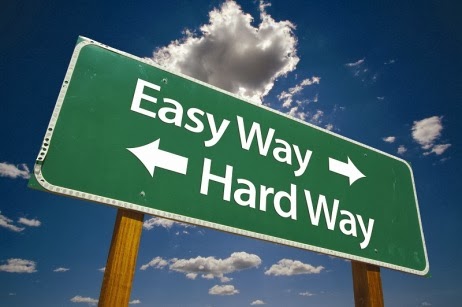 Are we taking the easy way out?
Are we ignoring the real problem as long as we can shift the burden or consequence to someone else, or a later date?

I'm thinking of all the medications out there used to treat symptoms of poor life choices.
If the problems are due to smoking, drinking, unhealthy diet, lack of exercise, infidelity, overworking, etc... and a drug makes the symptoms better - are we just removing the pressure needed to make difficult personal changes?


Instead of using the fundamental solution: Changing our lifestyle; are we settling for the symptomatic solution of medication?

I understand the healthcare costs.  I know how much needle exchange has decreased disease and it's treatment in IV drug users.  I've seen people who work 80 hours a week function for years with the help of stimulants.  I have seen obese people saved from the catastrophic results of high blood pressure and diabetes.

These are good things.  But is good the enemy of great?  Are we sacrificing the crucible, the pressure needed to make us change our lifestyles?
Posted by Simple Citizen at 1:01 PM 3 comments 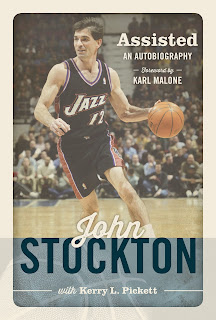 That's five stars: A grade befitting the book and the author.

This book shows you what you always suspected - that John Stockton is a great man, a humble man, a family man.    From the Naismith Hall of Fame, to the 1992 Olympic Dream Team, to the all time record holder for assists and steals, Stockton was the best pure point guard ever.

What does the book focus on?  His doubts, his worries, his uncertainty.  Why did he have to stay so fit?  Why did he try so hard?  Why did he stay with the same team his entire career?  Why did he always play even if he was sick?

He writes mostly about others - those who guided him and taught him.  He teaches us the best lessons he learned from his father, friends, coaches, owners, and teammates.  Stockton brings you into his life.  He lets you get to know him and his family, including all six of his kids.

He tells great stories: After he won the gold medal with the dream team in 1992, it took less than 4 hours for one of his sons to swing the gold medal around and around his finger till it flew off and got dinged on a metal cabinet.  4 hours to put a dent in a Dream Team Gold Medal, gotta love family (and he did).

Stockton quickly fired the only lawyer he ever hired for NBA contracts.  When he was drafted by the Utah Jazz he found out shortly after that he was "being difficult" and contract negotiations were falling through.  Stockton didn't know why so he went straight to the Jazz owner himself.  The two sat down together and in about 30 minutes they shook hands as a contract was signed.
That's how Stockton did all his contract negotiations - in person, alone, with the owner.  When the owner offered to make him the highest paid point guard in the NBA - Stockton declined,  He said "put me somewhere in the middle of the pack."

Why did he wear short shorts?  Because that's what he was first handed as a uniform, and he had no reason to change.  That's who he was.  You show up and you get the job done.  No complaining, no entitlements, just work and values.

Stockton teaches you in this book how to be a great father, a great teammate, and a great man. I loved it.
Posted by Simple Citizen at 9:50 PM 1 comments

Too Good for a Job?

Here are the three stories I tell my kids, teenagers, and even adults when they tell me they can't find a job, or even better, they are "too good" or "too educated for a job."

STORY #1:  How do you get to Carnegie Hall? Through a potato field. 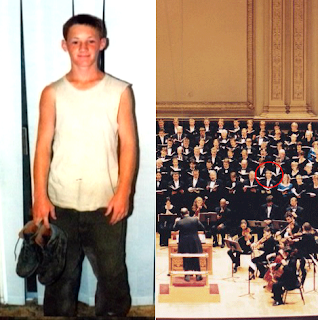 When I was sixteen years old, I auditioned for and earned a spot in my High School's top choir.  The choir had already been selected to sing in Carnegie Hall the following Spring.
One problem. That trip would cost $1500 which was substantially more than I had made the last two summers working as a counselor at a Boy Scout summer camp.  I had made $100 the first summer, and $300 the second.
I now needed to make 5X that.

I asked around to all my friends and neighbors:  What job could a sixteen year old get that would pay $1500 in one summer?  The only answer I found was: Potato Roguer.

Exactly.  No one even knows what that is.  My job that summer was to arrive to work at 6 a.m., walk potato fields all day long in the mud and the heat with the sweat and sprinkler water and even pesticides dripping off me.  I was being paid to identify diseased potato plants and dig them up so that when the "purity inspectors" came through, the farmers would get a higher purity rating.

6 days a week for over 2 months - I walked from sun-up to sun-down with a shovel in my hands to dig out diseased potatoes.  The next spring... I was singing in Carnegie Hall.  The experience was amazing, and well worth two months of roguing.

STORY # 2: But I'm supposed to have a scholarship!

When I was a senior in high school I already knew my options for paying for college.  My parents told me long before that they couldn't afford tuition.  So I could either pay for it myself, or get a scholarship.

I decided to get a scholarship.

I figured out what ACT score and GPA I would need for a scholarship - and worked to get it.  My GPA ended up lower than I wanted, which means I needed a really high ACT score.  I had taken the test my freshman year - scored too low. I took a review course and tried again my sophomore year - still too low.  Junior year? - too low.  End of Junior year after another review course? -  still one point too low.

My senior year I was panicking. I took the ACT for a fifth time, but until the results came back, I was a nervous wreck.  I'd been accepted to the colleges I wanted, but all I had earned so far was "in-state tuition."  I already had a newspaper route which I did every morning,  It wouldn't pay enough for college.  So I got a second job washing dishes at Chili's.  I got up at 5:30 every morning to deliver newspapers, went to school all day (rehearsing for choir during my lunch hour) then went to track after school till 4:00 and then worked washing dishes from 5:30 p.m. till 1:00 a.m.

- Luckily I didn't have to work like that for long.  My ACT score came back - and it was high enough for the full ride scholarship.  College was paid for, but only after being willing to work crazy hours for it.

STORY #3: What does a couple do with 2 bachelor's degrees while they're in medical school?  They deliver newspapers.

My wife and I had both graduated with our B.S. degrees a year before.  I was in medical school and my wife was raising our 1 soon to be 2 children.  We didn't have enough money.  The student loans for one med-student weren't enough to sustain of family of three.  So we started looking for side jobs.  Eventually she got a job substitute teaching in the elementary schools and I got a job as a valet at a country club, but what did we do for the month before we found those jobs?  We delivered newspapers.  230 of them every morning.

Strive for the best jobs.  Study, get degrees, don't settle for less than you're worth.  BUT while on the journey - do what you have to do.  Work any job.  You're never too good for a job, you're only too good to stay there permanently.
Posted by Simple Citizen at 8:01 PM 4 comments