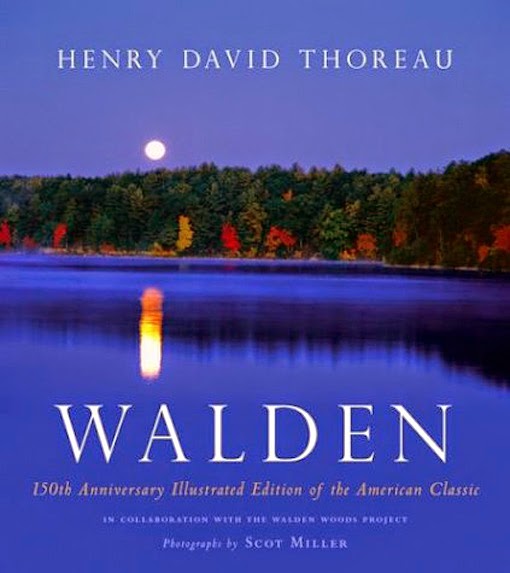 Reviewing this book is complicated.  If I had written the review yesterday it would have been mostly negative.  I would have compared it to Atlas Shrugged: a few good facts that are oversimplified and mis-applied to everything, surrounded by hundreds of pages of boring monotony.

Today I have quite a different view.  This book is a glimpse, a pause, an alternative perspective that is useful and applicable.

The problem was in my initial assumptions.  I've heard of Walden and Thoreau many times in my life.  I thought it was about a poor author who decided to stop fighting economic hardship and instead go live on the side of a little pond in the woods by himself so he could sit and think and contemplate and write down his thoughts in a journal.  Then he eventually published what he learned while living in solitude in a little shack by a pond.

Then I found out that Henry David Thoreau studied at Harvard, and he could live by the pond for free because his friend Ralph Waldo Emerson owned the land.  Thoreau didn't live in solitude, but walked in to town on most summer days and visited friends, neighbors, local farmers, and also had regular visitors to his little self-built cabin.  He used tools that he found, like an axe and a boat, and the rest he bought used.

His book is NOT telling people to go live off the land by themselves.  He isn't recommending solitude or that society would work if everyone only lived with what they need.

His book is about an experiment.

“I went to the woods because I wished to live deliberately.. and not, when I came to die, discover that I had not lived...I wanted to live deep and suck out all the marrow of life."
"I left the woods for as good a reason as I went there.  Perhaps it seemed to me that I had several more lives to live, and could not spare any more time for that one."

Thoreau never said that living off the land by himself was the best way to live.  He said he wished to reduce life to it's most simple form and see what he could learn.  After he had learned it - he moved on to a new form of life.

That is where I see the value:  The lessons he taught are to be applied to the life we wish to live.  We aren't supposed to abandon society and ambition and family and all comforts to live the most simple life possible - but we ARE supposed to see the superfluous parts of our lives.  See where we have excess, where we are indebting ourselves, and what we can do without so we can simply enjoy life.

This book is not a page turner.  The first 10 pages were great, and the next 20 really were monotonous.  It was worth it nonetheless.  This book is worth reading, because it made me think and increased my understanding.  What more could I want from a book?

The quote which made me think the most was this:
“The cost of a thing is the amount of what I will call life which is required to be exchanged for it, immediately or in the long run.”

Was it worth it?


My favorite quotes:
“As long as possible live free and uncommitted. It makes but little difference whether you are committed to a farm or the county jail.”

“Live in each season as it passes; breathe the air, drink the drink, taste the fruit, and resign yourself to the influence of the earth.”

"The number of those who own a shelter is a very small fraction of the whole.  The rest pay an annual tax."

“Say what you have to say, not what you ought. Any truth is better than make-believe.”

“Books must be read as deliberately and reservedly as they were written.”

“Every generation laughs at the old fashions, but follows religiously the new.”


“My greatest skill in life has been to want but little”

“Rather than love, than money, than fame, give me truth.”

"The fault-finder will find faults even in paradise. Love your life, poor as it is."

“The mass of men lead lives of quiet desperation."

"I do not speak to the well-employed... but mainly to the mass of men who are discontented, and idly complaining of the hardness of their lot or of the times, when they might improve them."

"While civilization has been improving our houses, it has not equally improved the men who are to inhabit them. It has created palaces, but it was not so easy to create noblemen and kings."

“As for the Pyramids, there is nothing to wonder at in them so much as the fact that so many men could be found degraded enough to spend their lives constructing a tomb for some ambitious booby, whom it would have been wiser and manlier to have drowned in the Nile, and then given his body to the dogs.”

"Superfluous wealth can buy superfluities only.  Money is not required to buy one necessary of the soul."
Posted by Simple Citizen at 6:04 PM 1 comments 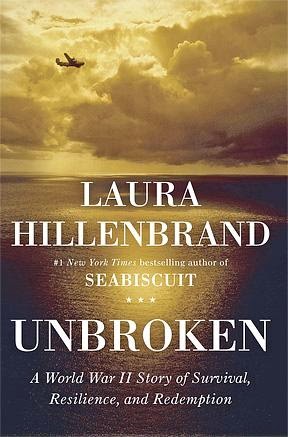 There is no other way to describe this book.

I remember WWII History in High School.  I learned all about Hitler and D-day and the battle throughout Europe and the concentration camps and Hitler's death and the victory and then the dividing up of Germany among the Allies, and Russia and the subsequent Berlin wall etc...

Then I learned about the Band of Brothers of Easy Company and more and more about the European side of the war.

What happened in the Pacific?
I knew that we were bombed at Pearl Harbor, then Japan tried to take over all the islands in the pacific, many battles were fought, then we bombed Hiroshima and Nagasaki and the war was over.

Seriously - that's what I knew about the battle in the Pacific.  I heard names like Iwo Jima, and Midway, but I had no idea what happened there.

Now - I'm astonished at my own ignorance.

I never knew how indoctrinated the Japanese were by their leaders.  They were convinced that it was better to die than surrender.  Any American who surrendered would really prefer death.

While less than 0.01% of Japanese POWs captures by the USA died, 37% of American POWs died in Japanese camps.  The Japanese completely ignored the laws regarding the treatment of POWs.

It is sadly understandable now why the POW's in Japan were starved - the Japanese citizens themselves didn't have food either.  All their resources went to the war,  ALL.  All young men were enlisted.  All food taken for the war.
The Japanese were determined to die fighting, down to the very last child.

As I read I came to believe that the most humane thing the American's ever did in the war, was use the most horrific weapon ever created.


This book tells the amazing story of perseverance of Louis Zamperini, but what I learned was the history I had never heard.

Many will read this book and enjoy seeing Zamperini prepare to break the 4 minute mile.  He was running 4:42 per mile in high school and was running under 4:10 in college.  That boy could run!


Some readers will be amazed to learn of the tragic loss of life in training accidents:


I think most everyone will agree with what the POW's learned:

"Louis and Phil learned a dark truth known to the doomed in Hitler's death camps, the slaves of the American South, and a hundred other generations of betrayed people. Dignity is as essential to human life as water, food, and oxygen."

Dignity.  We can be deprived of many things in life, but to lose our dignity is to lose our very soul.

This book was excellent.  I recommend it.
Posted by Simple Citizen at 8:39 PM 1 comments

A Cure for Ebola! THEY FOUND A CURE FOR EBOLA!


doTerra and Young Living say so on their websites - it must be true.

Bell's Palsy, Rheumatoid Arthritis and Crohn's disease are no match for doTerra. With these simple oils I can replace my 9 years of medical training and thousands of years of medical research.

If we can get these oils on a Saturn V Rocket we may be able to patch the hole in the ozone layer and stop global warming. Load it into an F-22 and carpet the middle east with essential oils and we can finally have peace in the region.

The FDA said it's all a lie?  They have sent warning letters to each company?

These companies have no proof and are making unfounded illegal claims?

Hmmmmmm - the FDA's part of the Government. Sounds like a conspiracy to keep us slaves to Big Pharma and their so called "antivirals."

Conspiracy I tell you. CONSPIRACY!!! 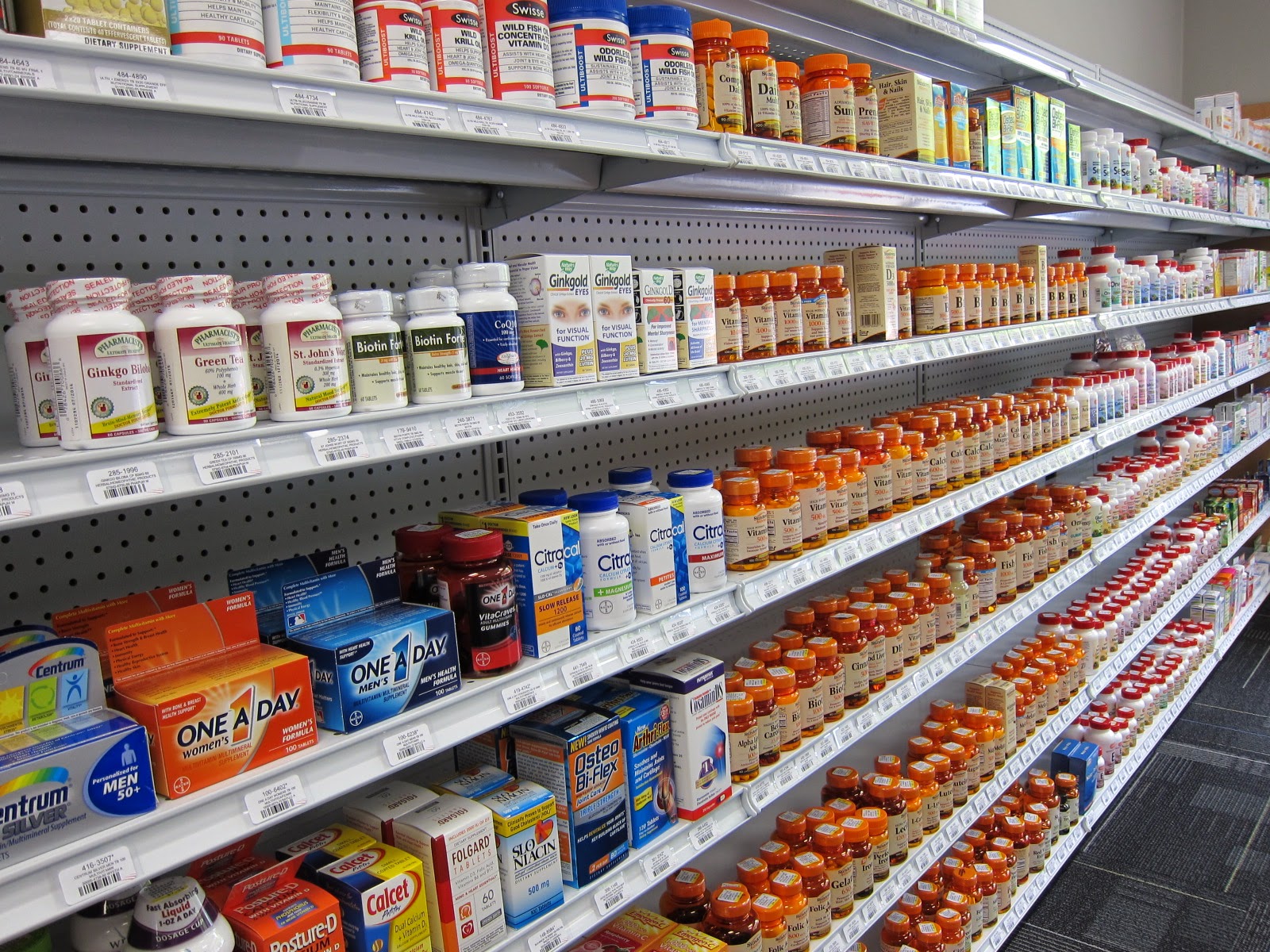 There is big trouble with the laws concerning Natural Supplements:

Everyone knows there is no research required to show they work - but the scary part is that you don't even have to prove they're safe.

You have no idea if what is in them is good, bad, safe, dangerous, passed to a baby in-utero through the placenta, secreted in breast milk, cleared through the kidneys or the liver.  You don't know if it thins the blood, reacts with medications, or anything else.

The part that drives me insane is what every single one says when it comes to safety: "Ask your physician"

HOW AM I SUPPOSED TO KNOW?!?!  There is NO data.  I can search pubmed and google scholar and cochrane and every other database - and find nothing.

Don't get me wrong - there are GREAT natural medicines out there.  I posted about seven that help mental illness at this link a few years ago.

The problem is that until a supplement causes enough deaths, it never gets researched.  Or if it is researched, the results don't have to be reported.

Ephedra was a great natural supplement... till it killed people.  Then the FDA found out Metabolife had been doing research and already had reports of over 15,000 ephedra-related adverse events, ranging from insomnia to death.  Yes.  A Supplement Company was hiding research, letting people die so they could make more money.


But I thought Big Pharma was the bad guy?

So you have to ask yourself:

Who should you fear more - Big Pharma or Big Natura?
Posted by Simple Citizen at 8:05 PM 1 comments