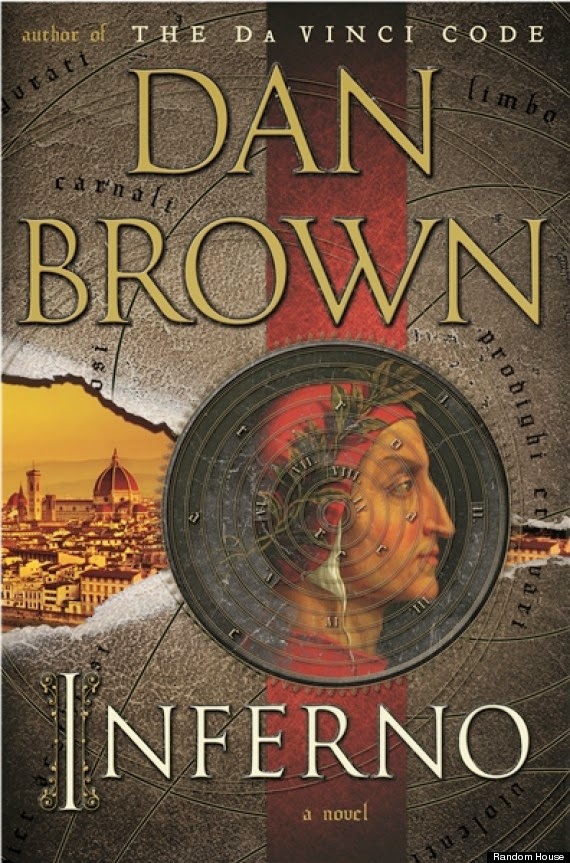 This is an airplane book, a waiting at the DMV book, an "I need something interesting and fast paced to entertain me or at least keep me awake" book.

I feel like I have watched Dan Brown rise up to his peak as an author, and now I'm watching him drag out his slow continuous descent.

His first book, Digital Fortress was okay. Then Angels and Demons was excellent.  His third book, Deception Point, was his best and I still love re-reading it to this day.  Then DaVinci Code was quite good, but a little long winded.  The Lost Symbol wasn't as fun, and now Inferno was kind of "meh."

"Inferno" is a convoluted journey filled with pseudo-action, a dissection of Dante's Inferno, a diatribe about population control, and thorough appreciation for the art and beauty of Florence and Venice.

When I finished the book I thought "Hmmm.  That first twist was really dumb and didn't make any sense.  The second twist was pretty cool, but didn't make up for the first one.  I should go read Dante's Inferno and see what all the fuss is about."

And that's what this book was good for - convincing me to read Dante Alighieri's "INFERNO" from the 14th century.

Dan Brown is obviously a far better writer than I am.  He will still make a ton of money teaching us about art and science at a lightning fast pace... but I still hope he can turn the boat around.  I want to see him write like he did 15 years ago.


Perhaps like Dante, he needs a Beatrice to inspire him?
Posted by Simple Citizen at 7:25 AM 1 comments

Book Review: The Blind Side 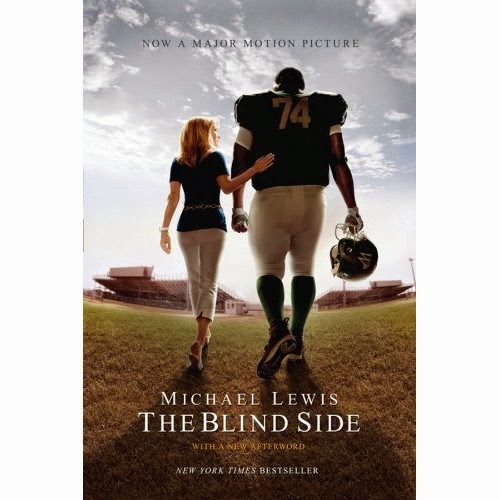 Four years ago I saw the film "The Blindside" with Quinton Aaron and Sandra Bullock.

The movie was excellent, and as usual - it shows a miniscule portion of what actually happened, and is completely inept at representing the book.

This book reveals so much more, and it's not useless details - its important back story.

The movie starts with Sandra Bullock explaining Lawrence Taylor.  Her one minute speech covers about five chapter of the book.

The author explains the history of the Left Tackle, and then the physical aspects of Michael Oher.  Michael wasn't just big.  He was HUGE.  He was bigger as a sophomore in High School than most NFL lineman.

And he wasn't just big.  He was fast.  Michael Oher didn't want to be a football player.  He wanted to play basketball, and he wanted to be a GUARD.  When coaches would put him under the basket and ask him to rebound and block shots - he would sneak back outside and play like a guard.  He was nimble, quick, and faster than anyone else on the basketball court or the football field.

There are lots of big kids.  Finding HUGE kids that are also quick is truly rare.  THAT is why he was noticed by NFL coaches when he was a high school student.

He wasn't good at football.  He didn't know the game.  He was on the track team and was told in school that he might make a world class Discus thrower.

His physical build and ability were amazing - but without Big Tony (who acted like a father for years) and then the Tuohys, he never would have had the chance.

The movie shows a little bit of how the Tuohy's helped him.  Everything in the movie actually happened - from Michael carrying the lineman clear off the field to try to take him to the bus - to Leann having the coaches cell phone number and calling him during the game to tell him how to coach, to Leann finding a fake baby picture of Michael since none existed.

But there is so much more.  Even after living with the Tuohys, and having a private tutor, Michael could still didn't have enough credits to graduate from high school.  Sean found out that BYU offered on-line classes for high school credits.  Michael took a course a week after his senior year, and by August he had enough passing grades to graduate and go to college.

One last thing.  The Tuohys aren't just a rich family.  They are the richest alumni of Ole Miss EVER.  They have a private jet and fly to NBA games across the nation for fun on a Saturday night.  They are REALLY REALLY rich.  They had helped many kids over the years - buying them clothes, or lunches at school, or other things like that.  Michael is the only one they ever brought in to their own home and treated like their own child, but the Tuohys were used to helping out the poorer kids in town.  That's just who they are.

This book has two interweaving story lines.  First is the story of Michael Oher and the people who gave him a chance.  It's about the compassion and love and caring of people who have no obligation and no obvious connection to this young man - but they choose to get involved anyway.  It's about the inner city, the separation between black and white, rich and poor, the haves and the have- nots.

The second story is the one skipped over by the movie.  It is about NFL lineman.  It's about the slow mental shift about lineman - who they are and what they are worth.  Lineman go from being seen as interchangeable and not too valuable, to having very specific roles and positions and having amazing worth.  It shows how Left Tackles gained recognition as the most useful and thus the highest paid players on the field after the quarterbacks. The author shows the exact physical build that is ideal for a left tackle, and why Michael Oher was perfect for the role.

The Blindside is heart touching and also thought provoking.  This book can be enjoyed by the serious football fan and the football naive reader alike.

I recommend it.
Posted by Simple Citizen at 5:29 PM 6 comments