When I ask most people what the term "Negative Reinforcement"  means most of them say something like:

"It's when you want someone to stop doing something so you do something negative so they'll stop. Like yelling at them or grounding them or insulting them."

That is actually the EXACT OPPOSITE of Negative Reinforcement.  That example is actually : Positive Punishment.

Let me explain. (no there is too much, let me sum up):

EXAMPLE: You want your kid to take out the trash

POSITIVE REINFORCEMENT:
When they take out the trash, you praise them or give them a reward, and then they take it out more often

NEGATIVE REINFORCEMENT:
When they take out the trash, you stop nagging them, and then they take it out more often


NEGATIVE PUNISHMENT:
Your kid refuses to take out the trash, you stop giving them allowance, they stop refusing.


The important thing to remember is that NONE OF THESE TERMS refer to moral judgments or preferences.

Punishment, by definition, decreases a behavior.  It could be very enjoyable and nice, if it decreases the behavior it is a punishment.  You could give someone ice cream, and if it stopped them from cussing you out, then it is by definition a punishment of cussing.  (if it made them cuss you out more so they'd get ice cream then it became reinforcing...oops)


Positive means "you do something" so spanking and cussing out your kids is in this sense "positive" because are DOING something.
Negative means "take something away or stop doing something."  It doesn't mean it's aversive or unpleasant

THIS is positive punishment:

ie: Sunscreen works through negative reinforcement.  When you put on sunscreen, you decrease or take away a sunburn, and then sunscreen is put on more often.  The behavior is done more often, because something was taken away.

Parents often think that if something is unpleasant it is a punishment.  Well, if your kid is smoking marijuana and coming home late, and you take away their cell phone - then they smoke more and come home late more often - THEN you have reinforced them.
You used NEGATIVE REINFORCEMENT.  You took something away, and it increased the behavior (smoking and staying out late).

If they were smoking and coming home late and you took them to a minor league baseball game and spent more time with them, and they stopped smoking and staying out late, THEN you have POSITIVELY PUNISHED them.  You did something, and the behavior decreased.


Clear as mud?
Posted by Simple Citizen at 7:28 PM 1 comments

Christ was Abused by his Parents 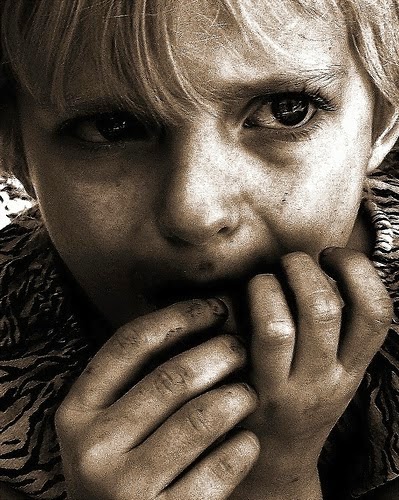 Christ watched his father beat his mother, and then Christ was beaten too.  He sat hungry in the corner, crying, wishing He had a different family.

He watched his father go to prison and his mother get strung out on meth as He entered the foster care system.  He got just enough birthday cards to keep his hopes up of having a family again - only to have those hopes crushed time and time again.

Christ was insulted in front of his entire school.
He was rejected, and felt so terrible inside He cut his arms with razor blades.
He got his girlfriend pregnant and didn't know how to tell his parents...or hers.

He decided they should abort the baby, and He lived with that knowledge the rest of his life.

He was fired from his job the week before a family vacation and had to tell his kids they couldn't go.
He cheated on his wife and slept next to her every night with guilt in his heart.

He was addicted to pornography.  He got hooked on weed, and heroin, and LSD.
He felt the pain of crashing when coming down off drugs, and was also convicted of DUI.  He has murdered millions of people, cussed out and beat his own kids, and He has lived with the never ending agony and guilt and pain of every single one of those moments and decisions.

When Christ was suffering in the garden of Gethsemane and later on the cross, He wasn't just paying for our sins.  He felt every grief, every pain, every ounce of guilt, shame, hate, self-loathing, regret, loneliness, fear and doubt.  As Isaiah said: "Surely He hath borne our griefs and carried our sorrows."

Christ never sinned.  He never did any of those things I said.  But when He was in Gethsemane He wasn't imagining what it would feel like.  He wasn't pretending or feeling sorry for us.
He felt all of it for real.  He went from never feeling shame, to feeling the shame of being Hitler or Stalin.  He suddenly had to experience all our sorrows, exactly as we feel them.

Christ had to have one mortal parent and one immortal parent, otherwise He couldn't have done it.  Any human being who experiences that much physical and emotional pain can't handle it.  We would pass out and die.

Christ reached that point.  He reached the point of such severe pain that his brain should have shut off.  But He was the literal son of God, and as such He could choose to continue suffering when any human would have died.  He made that choice a few billion times.  He felt every moment of anguish for every human being who has ever lived on this planet.  He cried out to God: "O my Father, if it be possible, let this cup pass from me: nevertheless not as I will, but as thou wilt."

He didn't want to feel the pain anymore.  It was too much, too hard, too overwhelming.  But Christ wasn't going to do what He wanted, He was going to do what God wanted - so He kept suffering.

He suffered until finally He had felt it all, suffered it all, been through every single experience of every single child of God.  Then He could finally say "It is finished" and let himself die.

That is the atonement.  That is what Christ gave us.  He not only gave us the gift of resurrection and salvation and forgiveness of sins, but also of perfect empathy.

I thank God for His Son, and for the immeasurable gift He has given me.
Posted by Simple Citizen at 12:14 PM 4 comments 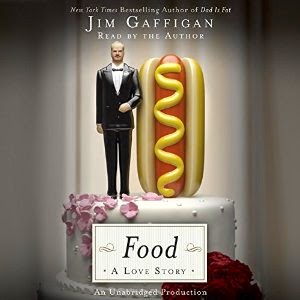 I really wanted to love this book.  Jim Gaffigan is one of the funniest comedians I have ever heard.  I bust up when I watch his videos: Mr. Universe, Beyond the Pale, and Obsessed.  I watch YouTube clips and I constantly quote his material.

He is a comedic genius.  He is hilariously self deprecating and he knows what the audience is thinking.  His timing is precise and his delivery is practiced and polished and perfect.

And his book is a re-run.

I listened to the audio tape.  It is 7 hours of rehashed material I have heard before - with boring descriptions of the food across America mixed in.

I loved "Hot Pockets" the first time I heard it.  I also loved "Kale" and so many others... and I heard them all again.  ALL.  Repeated.  Slower, and much less funny.

Go on Netflix and watch his specials.  Laugh so hard you cry - and then skip this book.  You'll thank me.

Posted by Simple Citizen at 9:02 AM 1 comments