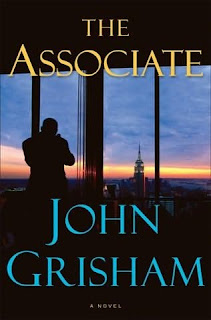 I am running into a consistent problem with John Grisham's books - he's changed.  In 1989 he wrote A Time to Kill and it was a captivating story.  He had a gripping story to tell, and he told it well.  He followed it up with The Firm, The Pelican Brief, and The Client.  I thought these books were amazing.  In fact - The Client was the first novel I read cover-to-cover in one day.

Since then he has strayed.  He has still written some great stories; his non-fiction book An Innocent Man was amazing.  But as I have read A Painted House, The Appeal, and The Associate I have been disappointed.  John Grisham remain an amazing story teller.  I stayed up until 12:30 last night to finish this book - but in the end, it wasn't worth it.  The story telling is great, the characters are intriguing, and the relationships are real.  But then, the story is real too.  It's like Grisham decided that he wasn't going to write good stories with an ending anymore, he was just going to write a good story and leave the end off.  I don't know if he's decided that he needs to be more realistic - and in real life we seldom get closure -all the loose ends are never tied up.
I know that's life - BUT THAT'S WHY I READ BOOKS!  I want closure.  I want to know what happened.  I want a nice closed off ending, and if there isn't, I want a sequel.  David Baldacci sometimes leaves story lines hanging at the end...so he can pick them up in the next book.  Grisham hasn't done that.

I keep giving Grisham second chances because I loved his early books so much, but he keeps disappointing me.  When will I learn?
Posted by Simple Citizen at 7:10 AM 2 comments