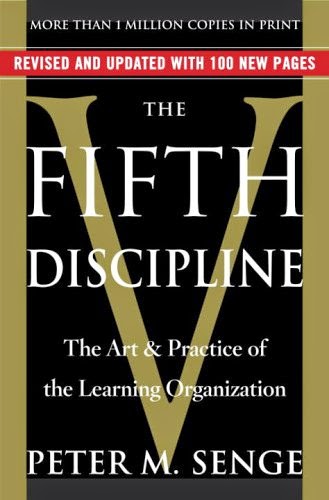 This is the third book I have recently chosen not to finish.

The Fifth Discipline is very dense, very detailed, and it makes up its own terms and then uses them extensively.

There were many parts I loved, examples that were eye-opening, and stories that were inspiring.  I finished 85% of the book over 11 months of reading and finally gave up.
The author appears to have spent too much time inventing terms.  He has his own name for each kind of system, and interaction, and leadership style etc...
After about 300 pages I got lost in the new lingo and couldn't even understand what he was trying to say.
Others will say this book is the businessman's bible.  To me, it is now a book to be given away or sold in a garage sale.  As my friend Jim would say "The juice ain't worth the squeeze."

Here are a few parts I liked and want to remember:


"Today's problems come from yesterday's 'solutions'."
"How do we see a business, as a human community or as a machine for making money?"

"If people don't have their own vision, all they can do is 'sign up' for someone else's. The result is compliance, never commitment."

Posted by Simple Citizen at 10:43 AM 1 comments 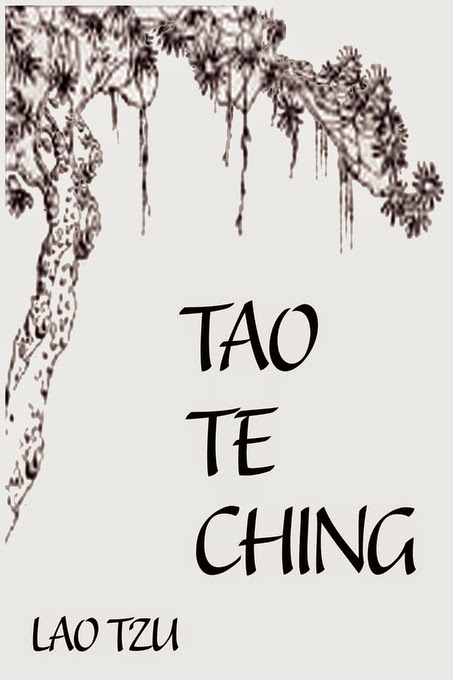 It always seems odd to write  a "book review" of any sacred text.

This may not be the "scripture" of my own religion, but I know how I treasure and revere my own sacred text. Thus I hope to treat others with the same respect.

This is a very short book that could be studied for centuries - in fact it has been.  It was written in the 6th century BC by Lao Tsu, a record-keeper at the Zhou dynasty court in China.

There are 81 Chapters (they are more like poems really).  Each is less than one page, the shortest has less than 30 words.  As a line in the fifth chapter points out: More Words Count Less

It's as if Lao Tzu wrote down the most deeply meaningful and simple proverbs of the court.  We could read any single line and ponder on it for weeks.

Some parts remind of therapy:

Move with the present. (14)
Let the mind become still. (16)
People love to be side tracked. (53)
People usually fail when they are on the verge of success.  So give as much care to the end as to the beginning. (64)
The truth often sounds paradoxical. (78)

There were many parts that sounded like what I learn in Sunday School every week:

Heaven and earth last forever. (7)
Misfortune comes from having a body. (13)
Become as a little child once more. (28)
Restraint begins with giving up one's own ideas. (59)

There was simple straight forward truth:
No fight, no blame. (8)
He who does not trust enough will not be trusted. (23)
He who brags will not endure. (24)
He who knows he has enough is rich. (33)
Before receiving, there must be giving. (36)
The world is ruled by letting things take their course. (48)
Those who know do not talk, those who talk do not know. (56)

There was sound advice:
Accept being unimportant. (13)
Achieve Results: but not through violence.  Never boast, never be proud. (30)
I have three treasures which I hold and keep: The first is mercy;  the second is economy; the third is daring not to be ahead of others. From mercy comes courage; from economy comes generosity; from humility comes leadership.(67)

There were also multiple references to "The Ten Thousand Things" which I took to mean "everything in the world" but I could be totally wrong there.

This book can be read quickly in an hour or two. It can also be pondered on for lifetimes.
I found it useful. I will keep thinking about the parts I highlighted and the little bits I wrote here.  I think that is part of the measure of a book, and certainly of sacred texts:  Does it stay with you?  Does it change you?

I know it will stay with me, we shall see if it changes me.

I recommend it.
Posted by Simple Citizen at 11:12 AM 1 comments


My daughter wanted a pogo-stick for Christmas.  So, as the dutiful father I scoured the Thanksgiving weekend  ads and found one for sale.  We were visiting my in-laws in Pocatello, Idaho and once I found one for sale I cajoled my father-in-law into going shopping with me.

We dutifully drove to the rundown Kmart on the North end of town, found our prize, and moved to the checkout counter.

Would I like to buy a year warranty for $3?
Well, my kids are going to beat this thing to death, and if any part breaks for any reason in the next year they’ll give me a new one.  SOUNDS GREAT!

The pogo stick box was way too long to fit in a single bag so they teller put one bag on the top, another on the bottom, and I slipped the receipt in the bag and walked out with my prize.
WHAM!  Gale force winds slammed against me as I sprinted into the parking lot trying to keep the pogo stick from flying out of my hands.  The bag on top went flying off into the air, then the wind struck the pogo stick and sent it toppling out of the bag on bottom.  I bent down to pick up my daughters Christmas gift and saw the receipt fly out of the bag and skid across the parking lot.

THAT RECEIPT HAD MY $3 INSURANCE VERIFICATION!

I secured the pogo stick under one arm and started running after the receipt.  Just as I was about to step on it the wind whisked it out from under my foot.  I started doing a Charlie Chaplin imitation as I slammed my feet over and over again onto the pavement trying to pin down a receipt that kept evading my shoe.  My father in law was doubled over in a full on belly laugh at this point.
I tried at least 12 times to step on the stupid receipt as I chased it all the way across the parking lot until I saw it fly up and over the curb and into the middle of 4 lane traffic.

The road was VERY busy as it was the biggest shopping weekend of the year.
I watched the receipt flip and float and then land in the gutter on the other side of the street.
It paused.
Maybe, just maybe I could get to it.  I started to step into traffic and try to sprint across the street when I saw the receipt flip up and over the curb and into the corner of a large stone wall.
It stopped.
The wind was holding it prisoner in the corner.  My prey was trapped!

I ran across the road and just as I stepped over the far curb I panicked as the receipt flipped and flew and blew into the entrance of some large facility.  I looked up and saw that this facility had a large parking lot.  The entrance was foreboding with huge car destroying blockades in the road and a guard house   between the entrance and exit lanes.

The receipt had blown just over one of these metal blockades on the side of the guard house.
The blockade was only about 4 feet high. I could probably hop over really quick and grab the receipt and hop back before the guard ever noticed.
Besides would the guard really care?  This facility couldn’t be THAT worried about security could it?
I looked at the wall and saw three Big Bold Letters:

SERIOUSLY?!  I mean SERIOUSLY?????
What were the chances? My receipt infiltrated the FBI?  COME ON!!

What’s the penalty for hopping the barricade into an FBI facility?  I didn’t really want to find out.
I saw the receipt start to flip up in the wind and I took the pogo stick out from under my arm and extended it over the barricade and pinned the receipt against the pavement.
I couldn’t let it blow away.
Now I was standing just outside the guardhouse at an FBI building with my arms over their barricade holding a receipt against the ground by means of a pogo stick.

By this time my father in law had come and parked in the entrance and was walking towards me.
Just then the guard looked up from her television and saw one man reaching over the barricade while another walked up behind him.

She ran out of the guard house yelling at us and trying to ascertain the seriousness of the situation.
I must have looked ridiculous as I stood, grasping a pogo stick like my life depended on it over the barricade.

She questioned my about the receipt, about the pogo stick, and about where I had bought it.

AT THE KMART ACROSS THE STREET LADY!!!!
My father-in-law could have been helpful, but instead he just kept laughing and laughing as the guard finally bent down, picked up my windblown and tattered receipt, and handed it to me and let me pull my pogo stick back over the barricade.

My daughter better LOVE this gift.  She has NO IDEA what I went through...
Posted by Simple Citizen at 5:35 PM 1 comments