When Did Growing and Developing Become Shameful?

We celebrate our children. We measure their growth, we even mark it on the door frame so they can see how tall they have grown.

When they grow enough to turn the car seat forward-facing.  When they no longer need training wheels, we cheer, celebrate, and look on with pride.

So why do we make our daughters ashamed of becoming women?
Why do we suddenly try to deny their growth and development?

When was the last time you heard of a father and mother celebrating or even recognizing their daughters first menstrual period.

Yeah, there's blood.  There was also blood when you pierced her ears and that was a good day.

What about when she starts to grow breasts?
Why does it suddenly become shameful to grow up, to develop?

Why do so many parents refuse to buy a bra until years too late?

Someone told me its because we know our daughters could be noticed sexually now. We know they could be objectified, leered at, and even assaulted because of their development.

So do we show them that the world is not only made up of objectifying males?  Do we show our daughters that we love them, and we are happy to see them progress and develop?

Let me give you a hypothetical that will never happen, because it would be way too creepy.

No.  Because we know women are sexualized, and judged and shamed for their weight and their curves.

I'm not suggesting fathers measure their daughters sexual development and write it down.  But can we at least acknowledge it as being a good thing?  Can we make our daughters proud of their bodies, in every stage of life, in every moment?

When did growing and developing become shameful?  When it creeped into the home, and changed how we treat our own children.

#NotMyPresident: The Destruction of American Collaboration 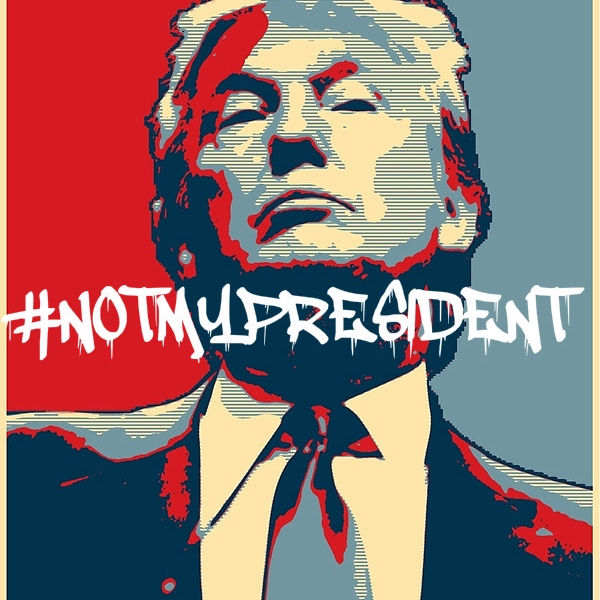 Americans have refused to cooperate with “the other side” since before George Washington.  It is not new, but it is now different.  Something has changed.  Something substantial.
The more “global” we become, the more isolated we become.
That should sound odd and counterintuitive, but it’s sadly true.
Facebook has not made most Americans more open minded, or exposed them to new ideas, it has done the opposite.
Instead of having to make friends with people in your community, or your school, or your work; with people who have vastly different ideas, values, and viewpoints, you can instead go online and find 1000 people who think exactly like you.
You can find hordes of people with your perspective on guns, abortion, taxes, religion, government and more.
If someone turns out not to agree with you on something – you simply “Unfriend” them because “You don’t need that kind of negativity in your life.”
News channels will show you the version of all News Stories that you already agree with and endorse.
Why read CNN, Fox News, AND HuffingtonPost?  You can read only one and avoid that pesky majority of Americans that disagree with you.
We become so isolated that we don’t even realize we are ignoring the majority of the world.  We think because we have on-line friends in 14 different states and 3 different countries, that we are “diverse” and “balanced” and “global.”
Why was America was so shocked when 63 million people voted for Trump? Because they didn’t realize that their homogenous social network was not a good sample of the population.
America is amazing.  The system that allowed me to vote against Trump, campaign against him in the primaries and again in the general election, is the same system that made him President.
If I say #NotMyPresident, I am exercising my constitutional right to free speech, the same constitution that set up the electoral college and made him president.
To those who are using that hashtag, and buying those t-shirts, what will you do when he has a good idea?  What will you do when a horrific man with no moral compass, and no ability to tell the truth, does something right?  When he puts forth a bill that is beneficial?  When he makes peace with nations we couldn’t get through to before?
Trump is an exacerbation of the problem that already existed.  We throw the baby out with the bathwater.  We refuse good things because they came in the wrong package.
Republicans praise Universal healthcare from Romney, but demonize it from Obama.  We are focused so much on the packaging, the label, the trimmings, that we miss what’s important.
I don’t know if Trump will do anything good for this nation.  I’m expecting the worst, while hoping for the best.
He is my President.  Because if he’s not, then I have forfeited the right to say so.
Posted by Simple Citizen at 9:29 AM 1 comments